The trial period has expired please purchase if you like to continue using the theme.

Despair: The Most Important Data Presentation Tool For Storytellers

Data-driven storytelling doesn't have to be boring. Find out how adding a dash of emotional despair can make your data presentation resonate much more powerfully with your audience.

Fear and despair are the most critical emotions of storytelling

When it comes to telling a story, the two most important emotions to evoke in your audience are fear and despair. Why? Because these are the emotions that will keep them coming back for more.

Think about it: what are the most suspenseful, nail-biting moments in your favorite stories? Chances are, they're the scenes that left you feeling scared or hopeless. And that's no coincidence.

Fear and despair are what drive a story forward. They're what keep us turning the page, even when we know we probably shouldn't. So if you want to be a master storyteller, learn to evoke these emotions in your readers.

Why is despair such a powerful tool?

As a storyteller, one of the most important tools you have at your disposal is despair. When used effectively, despair can be a powerful tool for creating suspense, tension, and even fear in your audience. Here are three ways to use despair in your data presentation.

1. Use despair to create suspense.

One of the most effective ways to use despair in your storytelling is to create suspense. By building up the sense of despair throughout your story, you can keep your audience on the edge of their seats, wondering what will happen next.

2. Use despair to create tension.

Another effective way to use despair in your storytelling is to create tension. By making the stakes high and showing the characters in your story struggling against overwhelming odds, you can keep your audience engaged and invested in the outcome of your story.

3. Use despair to create fear.

Finally, you can also use despair to create fear in your audience. By showing the dark side of humanity and portraying characters who are struggling against seemingly insurmountable odds, you can instill a sense of dread and unease in your audience that will keep them hooked until the very end.

What is the most important data presentation tool for a storyteller? Many people would say it's despair. Why? Because without despair, there can be no hope. And without hope, there can be no story.

Consider some of the most famous stories in existence. J.K. Rowling's Harry Potter series is full of despair. For much of the series, it seems hopeless that Harry will ever defeat Voldemort.

Similarly, Stephen King's The Shining is full of despair, as Jack Torrance descends into madness and tries to kill his family.

Even Jurassic Park, which is ostensibly a story about dinosaurs, is full of despair, as the characters are constantly trying to escape being eaten by the dinosaurs.

What all these stories have in common is that they offer hope in the midst of despair. They give us characters who fight against all odds and eventually prevail. This is what makes them so compelling.

So if you're a storyteller, don't shy away from using despair as a tool in your storytelling. It's an essential ingredient for creating a truly captivating tale that leaves your audience wanting more.

Get the free Data Advantage Planner

Get instant access to the Data Advantage Planner. This planner is the key to growing your business with data. 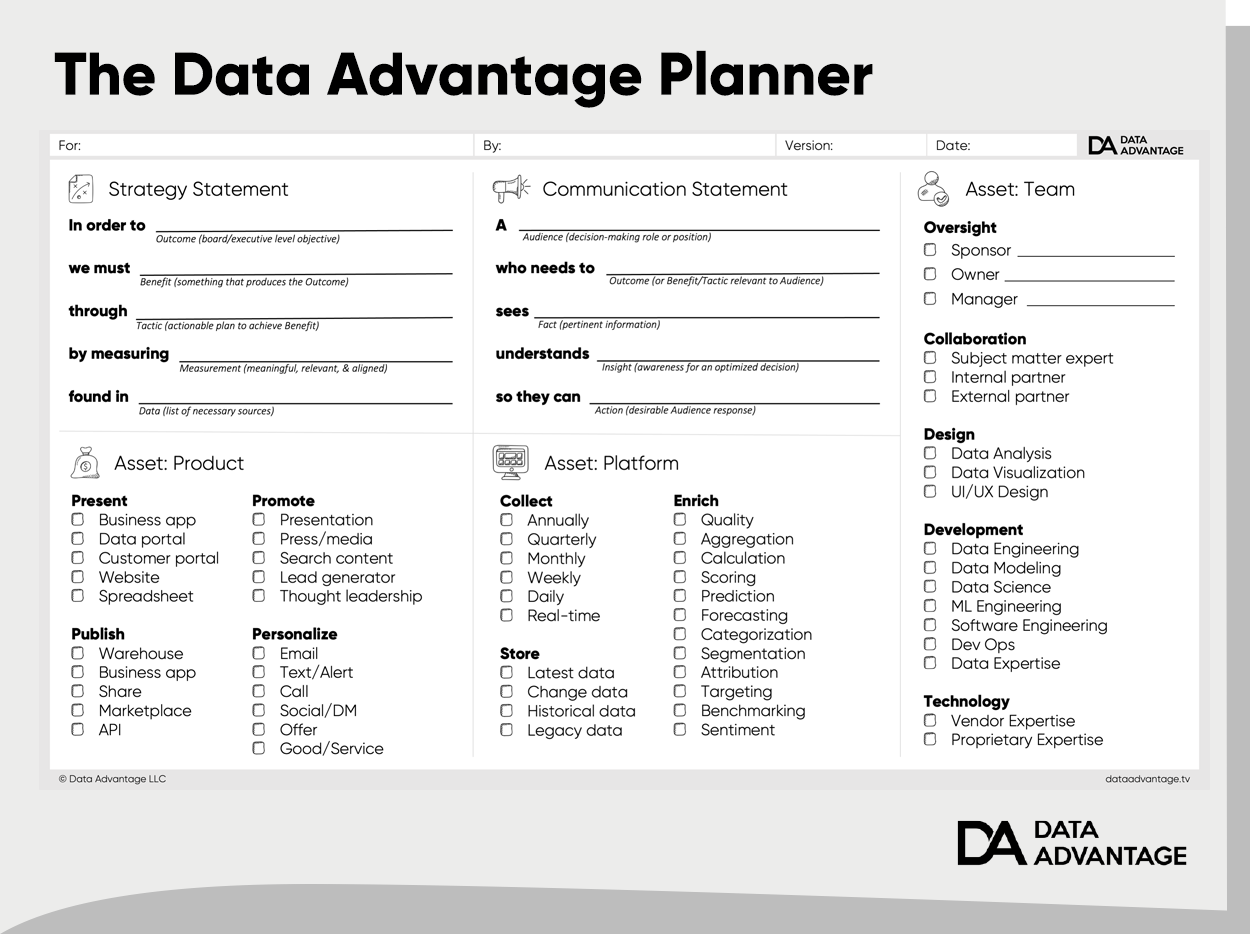 Get the free Data Advantage Planner

Enter your info below to download the Data Advantage Planner. This planner is the key to growing your business with data.